Hi friends! I had a great time in Needham, visiting families that knew Jillian through her Kindergarten class, and visiting friends and neighbors I hadn’t seen in nearly 2 years since I moved from the Boston area.

I also wanted to see my babies: all the peach trees, lilac bushes and peonies that I planted in my previous house’s front yard.

Well… It’s just like they say: you can’t go back. The new owners don’t care much for gardening or fruit or flowers, apparently. One of my neighbors put it nicely: “they didn’t know what they had”… Because they ripped everything that I was looking for OUT! And to give you some appreciation for what they killed or removed, these were peach trees that were lovingly chosen for their superior fruit quality, for their ripening season (the season was spread out by choosing different trees that ripened at different times) and they were now over 3 years old, or would have been, if they hadn’t been removed. That means they were finally getting productive.

Those peach trees also had one other amazing feature: they had been trained and pruned properly their first three years, which means the scaffolds of these trees would have produced the healthiest, most sweetest crop every year thereafter. Yes, there is a way to train a tree to make the peaches even sweeter.

Luckily, I ran into a neighbor across the street who knew that the lilac bushes and peonies were worth saving. Thank you, Martha!!! The lilac bushes were chosen with the same attention to specific characteristics that I looked for when I bought the peach trees. Except where lilacs are concerned, I bought varieties that had unusual colored flowers, or what most interested me: their incredibly scent. Not all lilac bushes smell alike. They also grow with different habitats: some get tall, some stay shorter and get bushy. I purposely placed the shorter-growing ones in the front of my property and hope Martha did the same.

Seeing my old house and visiting friends was kind of like living that movie: It’s a Wonderful Life. You don’t realize how much impact you have on a place until you remove yourself from that place.

To show you just a sampling of the difference, I produce these exhibits: One picture of my house when I was living there, the second of our house with the new owners. Okay, it’s not fair because they aren’t gardeners. But you get the idea. 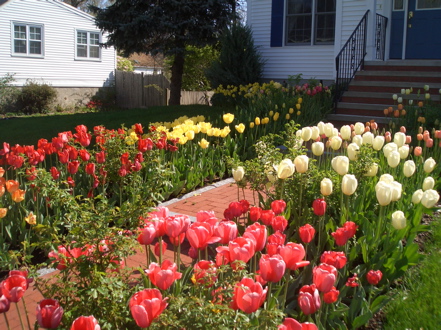 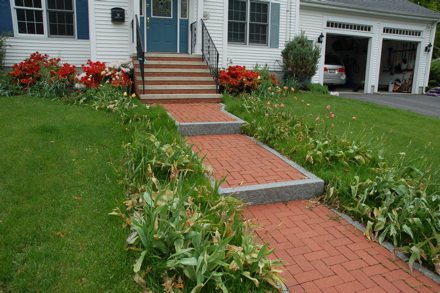 This entry was posted in Everyday life. Bookmark the permalink.